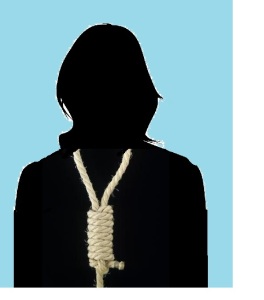 She’s a college professor, 43, divorced once, reporting one broken engagement and a long string of unhappy relationships with men.

“What’s unhappy about them?” I ask.

“I work really hard at putting them first and making them happy, and they don’t return the favor.”

“And hurt and resentful.”

I ask where she got her idea of how to do relationship.

“How is she with relationships?”

“You’ve been operating on a false assumption.  You assumed that what your parents were modeling was a healthy relationship.”

“Nope.  It may have worked for them.  It doesn’t for most people.”

“It doesn’t work.  It sets up both partners for frustration and disappointment and resentment and compulsive controlling.  Isn’t that what happened with you?”

She thinks.  “Well, I was certainly frustrated and disappointed a lot of the time.”

“And what did you do with those feelings?”

“I tried harder.  Gave even more.”

“In hopes your partner would reciprocate.”

“So eventually you’d give up trying and end the relationship.”

“Why you think trying didn’t work?”

“They just didn’t care as much as I did.”

“Maybe,” I say.  “Or maybe they sensed you were trying to manipulate them into new behavior.  And people don’t like being manipulated.”

“But I was being nice to them,” she says.  “I was giving them what they wanted.”

“Yes,” I say, “on the surface.  But your giving was tactical.  It was designed to change their behavior, right?”

“So maybe they sensed your hidden agenda.  Think about it.  Has anyone ever done that to you?  Smothered you with flattery or favors you knew were meant to get you to do something they wanted you to do?”

“Sure.  Mom does that all the time.  Honey, you’re so good at math, it would be wonderful if you helped me with my checkbook.  That sort of thing.”

“And how does it make you feel?”

I let her sit with it for a moment.

“So that’s what I do to boyfriends,” she muses.  She looks at me.  “But why do you call it codependent suicide?”

“It’s a way of losing yourself in relationships.  Hiding the real you, how you feel, what you want.”

“But don’t all relationships require that?  Doesn’t everyone have to compromise?”

“Codependents are people who secretly believe they’re not okay as they are, and have to conceal who they are to get others to love them.

“So they’re constantly scared, and hiding, and consciously or unconsciously manipulating their partners.

“And it never works.  Because even when they get others to like them, it’s not the real them that gets liked.

“So they end up feeling not validated or accepted or loved, but like hostages.

“They lose themselves and get nothing in return.

“And that’s why I call it suicide.”

This entry was posted on Friday, March 10th, 2017 at 9:45 am and posted in control. You can follow any responses to this entry through the RSS 2.0 feed.
« Bad daughters
A brief guide to unhappiness »