Give up, just for now. 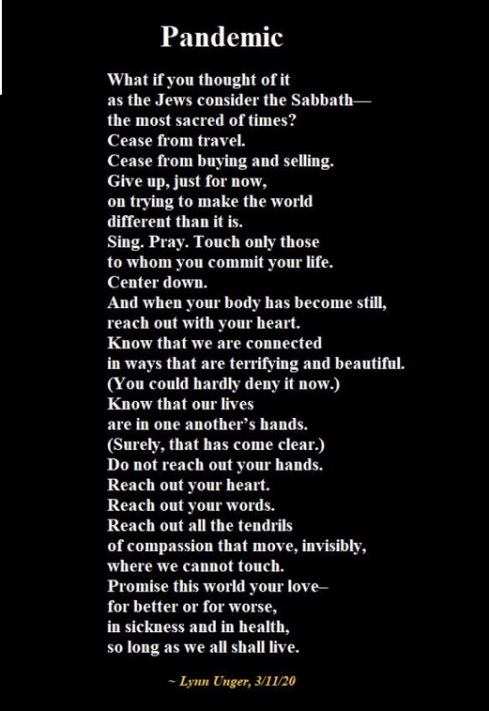 The person in the grip of an old distress says things that aren’t pertinent, does things that don’t work, fails to cope with the situation, and endures terrible feelings that have nothing to do with the present.

I can only guess, of course, whether someone with whom I am working received inadequate attunement from their mothers.

But occasionally I meet people who make me suspect that might have been the case.

They tend to be people who seem forever at war with their feelings.

Like Alan, a quiet man whose marriage is failing because he’s so disconnected emotionally, who works all day and then goes home to pore over paperwork at his kitchen table, so turned inward that he can barely sustain a conversation in session, and whose frustrated wife complains that “even when he’s there he’s not there.”

Or Bonnie, a chronic people pleaser who always looks tired, seems surrounded by people who discount or abuse her, and who worries constantly about falling back into the suicidal depression which overwhelmed her twenty years ago.

Or Cate, an attractive educated woman who keeps drifting into relationships with emotionally unavailable men, spends months trying to get them to love her, then blames each failure not on the man but on her own unworthiness.

And Dustin, a recovering alcoholic stuck in a ten-year affair with a married woman who gives him less and less time and attention, but whom he refuses to leave because “she’s the only woman who’s ever made me feel like someone loved me.”

endures terrible feelings that have nothing to do with the present

— is a perfect description of each of these people.

Each is trapped in what I’ve called the Kid Trance: an emotional life dominated by how they felt when they were helpless children.

The Trance is an agonizing place to live.

Its defining characteristic is a tendency to perceive and treat ourselves as we were perceived and treated by our parents.  If they abused or neglected or judged us, we abuse or neglect or judge ourselves.

And if our parents had no clue about how to deal with difficult feelings, we too are left essentially clueless.

What we do, then, is retreat into the ways of coping we discovered as children.

We may disconnect and distract ourselves from feelings, like Alan.  Or exhaust ourselves trying to win love and emotional feeding, like Bonnie and Cate.  Or cling desperately to someone we think capable of meeting our emotional needs, like Dustin.

There’s another reason the Trance is agonizing: shame.

In the absence of a sustaining relational home where feelings can be verbalized, understood and held, emotional pain can become a source of unbearable shame and self-loathing.

Whether it comes from being actively discouraged from identifying and expressing feelings (Big boys don’t cry) or from lacking a model for even noticing them, the inability to process feelings cannot help but leave us feeling flawed, broken, inadequate, and cut off from other human beings.

Because, in our shame, we won’t see relationship as a safe place in which to feel or reveal ourselves.

We may not even believe in the possibility of what Carr calls a sustaining relational home.

And this is one serious wound.

“Trauma is a basic fact of life,” writes Mark Epstein.

It is not just an occasional thing that happens to some people; it is there all the time.  Things are always slipping away….  The healthy attachment of a baby to a “good-enough” parent facilitates a comfort with emotional experience that makes the challenges of adult life and adult intimacy less intimidating.

Relationship is the adult’s secret weapon for handling such challenges, a life jacket to keep us afloat, a safe harbor to which we can retreat from storms.

Without it we can’t help but feel adrift, vulnerable to emotional waves that threaten to drown us, “traumatizing us again and again as we find ourselves enacting a pain we do not understand”(Epstein).

And with no life jacket or safe harbor available to us, we have no choice but to turn to the illusion of control.

Russell Carr is quoted by Epstein (see below).

There is no cell of our body that does not have a wounded child in it.
~ Thich Nhat Hanh

There is another kind of unfinished emotional business which predates the kind I just described (see “Shit”) and prevents us from feeling and functioning like grownups.

It is rooted in the way our mothers responded to us when we were infants.

Mark Epstein explains it in his book The trauma of everyday life (Penguin, 2013), drawing on the seminal work of British child analyst D.W. Winnicott.

Here’s a simplified version of his explanation:

One of the most important jobs a mother has is to teach her child how to identify and handle feelings.  She does this by modeling a combination of empathy (Oh, you’re having a feeling) and reassurance (Everything will be fine).  Anyone who spends any time observing mothers with their children sees this happen over and over.

Oh, you’re wet and uncomfortable?  Here, let’s get you changed.

Oh, you hurt yourself?  Here, let mama kiss it.

And so on.  This ability to pay attention to and respond appropriately to the infant’s emotional experience is called attunement.

“In this state,” Winnicott writes,

mothers become able to put themselves into the infant’s shoes, so to speak.  That is to say, they develop an amazing capacity for identification with the baby, and this makes them able to meet the basic needs of the infant in a way that no machine can imitate, and no teaching can reach.

Mom’s attunement is essential to the infant because it models for the child how to attune to itself.

The basic message is Here’s what you do with a feeling: You respect it.  You pay attention to it.  You figure out what it’s telling you, and you respond.

Attunement provides a kind of emotional container — an experience of holding, attention and safety — which the infant absorbs and, eventually, learns to provide for him/herself.

But what if the mother is unable to attune to her infant?

What if something else is occupying her attention or draining her energy?  What if she is exhausted, or sick, or depressed, or frightened, or angry, or being abused, or self-medicating with some substance?

You see two infants: one has been held…well enough, and there is nothing to prevent a rapid emotional growth, according to inborn tendencies.  The other has not had the experience of being held well and growth has had to be distorted and delayed, and some degree of primitive agony has to be carried on into life and living.

What Winnicott calls primitive agony is the experience of being left all alone to deal with incomprehensible and uncontrollable feelings.

This is not an experience that simply drains away over time.

Instead those afflicted carry it into adulthood, as I understand it, in two forms.

One form is a chronic background anxiety, which occasionally erupts as a fear of breaking down, “losing it,” going crazy.

The other form is an inability to deal healthily with their own feelings. 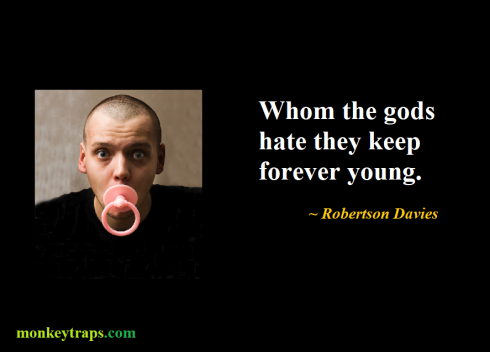