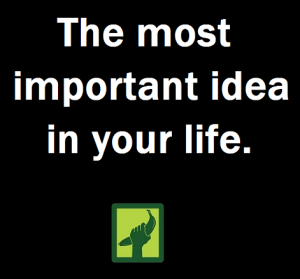 The most important idea 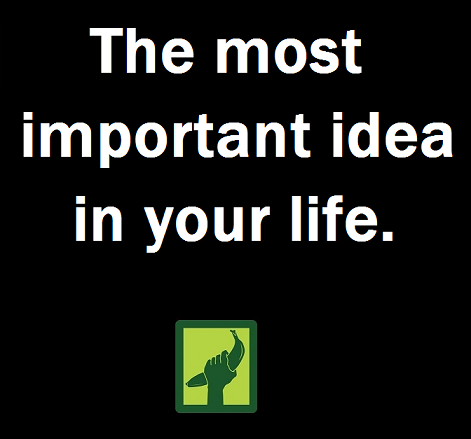 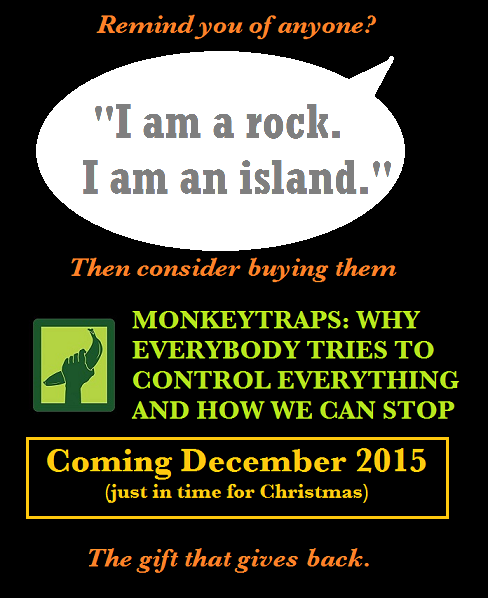 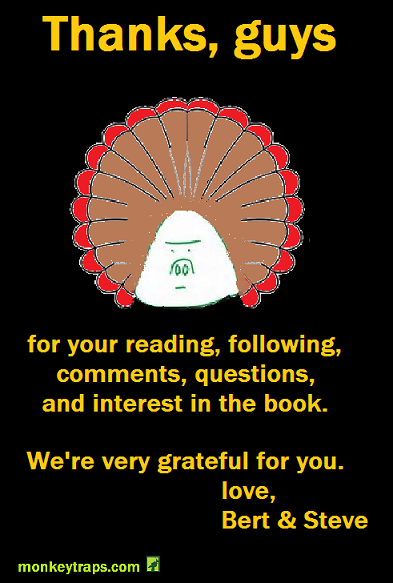 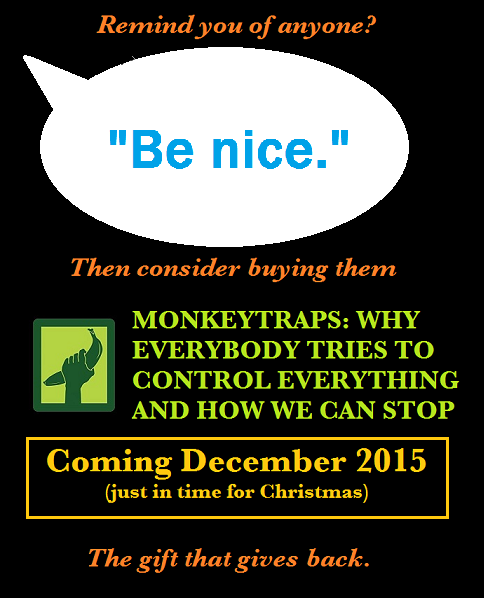 It starts around now.

In session after session, I start hearing uneasy anticipations.

And the holidays are coming (sigh).

I’ve got my whole family coming for Thanksgiving,

followed by an eye roll.

There’s real anxiety here. For some clients it approaches panic.

This happens because, around now, a particular myth takes on a terrible importance:

The myth of the Big Happy Family.

It’s a myth with the power to yank us out of our comfort zones and twist us into emotional pretzels.

It forces people who normally don’t speak all year to sit side by side in living rooms and pretend to find each other endlessly interesting and amusing.

It makes people who secretly hate, fear or distrust each other pretend to a bond of mutual love and affection.

And it can do real damage.

For control addicts (that’s me, and probably you too) the holidays are a setup, a virtual invitation to relapse.

How do we relapse? Let me count the ways:

~ We imagine ideal holidays and try to manufacture them.

~ We remember traumatic holidays and try to compensate for them.

~ We notice relationship problems and try to disguise them.

~ We notice feelings that don’t match the holiday mood (resentment, jealousy, anxiety, rage) and judge ourselves for feeling them.

~ We associate with people we really don’t like, then suppress or deny our inevitable discomfort.

~ We use the holidays as a benchmark to measure our progress through life, then try to conceal our sense of disappointment or inadequacy.

~ We mask our awareness of all the above by eating or drinking or drugging or spending too much, then wonder why we end up feeling empty, lonely and mad at ourselves.

The Big Happy Family is an aspirational myth.  Like Santa Claus, Heaven or the United Nations, it describes how we wish things could be.

But it’s dangerous to take such myths too literally.

Because to do so creates denial of how things really are.

And that’s rarely a good thing.  It stops us from dealing with life on life’s terms.  Makes us ignore our own feelings, needs and preferences. Tempts us to try to control people, places and things instead.

And that way lies madness.

Or at least a holiday that feels like a picnic in a minefield. 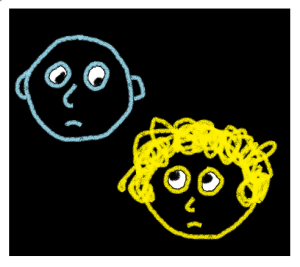 (This is an updated version of a post I originally published in 2011.  It continues to get the most weekly hits of anything on Monkeytraps, and the problem it describes continues to emerge in sessions.  Hence this reposting.)

Twice I gave it to wives of men avoiding therapy.

Once I was talking to a man who’s a husband himself.

The speech I created spontaneously about six months ago, to address a relationship problem that kept cropping up in sessions.

I see this more and more lately:

No, they’re not gay, impotent, or anything like that.

They’re not even men who don’t want to love women.

Usually they’re men who believe that they can and do love the women they’re with.

The women they’re with, sadly, tend to see it differently.

Because those women know there’s a fundamental truth about healthy relationships that these men simply don’t grasp:

These guys don’t get that.  They don’t see relationship as collaboration, where what’s good for you is good for me.  Instead they seem to see it as some sort of competition.

They tend to act, often without realizing it,  as if relationship were a zero-sum game, where there’s only so much good stuff to go around, and where a gain for one means a loss for the other.

It’s as if on some deep level they believe, “When you win, I lose.”

I hope (your husband, boyfriend, lover) isn’t one of these.

Because — due respect to the members of my gender – these guys can be damned hard to retrain.

The idea of giving-as-getting is something most women know in their bones. That’s probably because they’re socialized to value relationships in a way men aren’t.

We train men to compete, not to partner.

Worse, we also train them to work, not to feel.  Which leads to another missing piece in their relationships, something else that many men don’t get.

Most of my male clients struggle with relationships with women.  And at some point I usually ask them, “Do you love her?”

And they stare at me as if I’ve just lapsed into a foreign language.

Some don’t understand the question.  “What do you mean,” one asked blankly, “by show it?”

Some shrug.   The shrug usually translates as, Hey, I know how I feel.  I assume she knows too.  Don’t women just know this stuff?

Others argue that they already communicate their love adequately.  I go to work, pay bills, mow the lawn, drive Jimmy to soccer practice, put up with her mother, even wash dishes occasionally.  Isn’t that enough?  Shouldn’t it be?

If I suggest otherwise, some get angry at me.

My work with these men usually heads in one of two directions.

Some men — usually those who’ve come close to losing the woman in their lives and come into therapy genuinely frightened — are able to face their limitations.  We then have a series of conversations about the nuts and bolts of loving behavior (ways of communicating acceptance, attention and affection), which they work to internalize and practice.  These are the lucky ones.

Others stand pat.  Hey, this is me.  She can take it or leave it.  Interestingly, it’s not that they’re less frightened than the first group.  They’re just more scared of changing than anything else.  Some stand pat all the way to divorce court.

Some stand pat through multiple marriages and divorces.

My heart goes out to these men.   They’re not bad guys.  They’re not trying to hurt anyone.  They’re just undereducated and overdefended.  (Also emotionally wounded in four specific ways, described here).

But the hurt happens anyway, and it can be devastating to all concerned.

So, some questions to chew on:

Have you ever known a man who can’t love women?

Have you ever been in a relationship with one?

Are you such a man yourself? 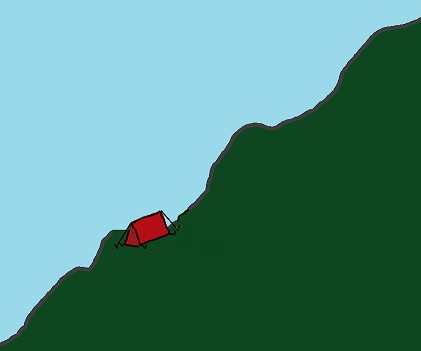 Addiction is a monster, and recovery is a bitch.

The monster will eat you up. It wants everything: your relationships, your health, your money, your marriage, your kids, your self-esteem, your peace of mind, your sanity. It will swallow them all, if you let it.

This is no less true of control addiction (a.k.a. codependency) than any other.

But recovery’s no picnic either.

It requires strength, and courage, and persistence, and patience, and faith, and lots of support.

And for some people it just gets too hard.

It’s like they’re climbing a mountain, and they get tired or sore or discouraged. And suddenly they just can’t take another step.

So they stop and pitch a tent on the mountainside.

For some it’s just an overnight break, a breather. Next day they’re able to pack up and resume climbing.

For others the break lasts longer. Weeks, months, years even. But it’s still just a break.  They know they’ll resume climbing eventually.

And others give up.

They tell themselves they’re still in recovery. (I’m working on it, they say.)  They continue in therapy, attend meetings, read recovery books, stay in touch with recovery friends.  But they’ve lost hope. They no longer believe they can get where they were going.

So they move into that tent they pitched and set about making it comfortable. They rationalize staying in the bad marriage, the bad job, the toxic relationship. They justify their lack of self-care, their fear of coming out of hiding, their dependence on untrustworthy people. They stop listening to themselves and fighting for themselves. They relapse into trying to manage people, places things.

The tent has become home.

There’s not much a therapist can do when this happens. I can point out what they’re doing, empathize with their discomfort, warn against the lure of camping, suggest ways to start climbing again.  Sometimes it works.  Sometimes it doesn’t.

In the end, I think, what distinguishes climbers from campers is their support system.  Climbers create strong ones able to sustain them during times of discouragement.  Which includes at least one person honest enough to ask, “What the hell are you still doing in that tent?”

But campers never quite get around to trusting other people.  So when discouragement hits, they’re all alone.

And nobody recovers alone. 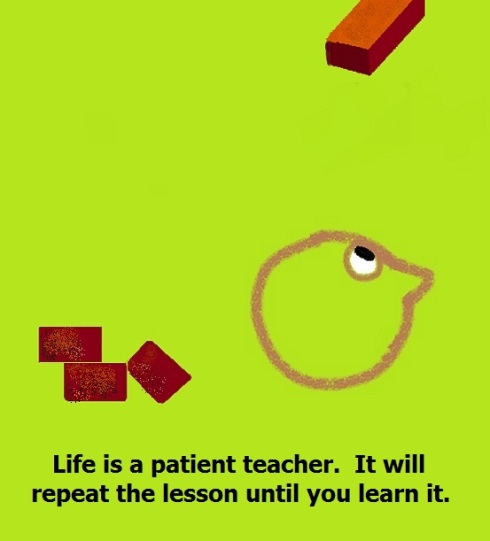