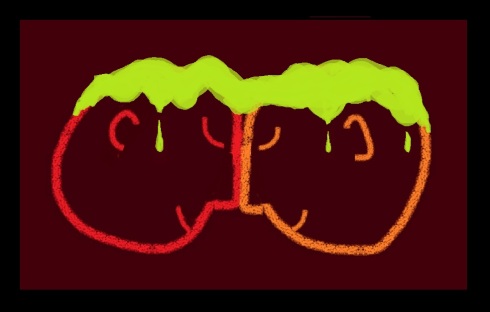 Love is the only sane and satisfactory answer to the problem of human existence.  ~ Erich Fromm

After a year of dating they’re still not on the same page.

Both have histories.  Shelly was married to a narcissist who abused her and their kids and who has fought paying child support even since the divorce.  Stan was engaged for six years to a woman who bossed and belittled and ultimately cheated on him.

Both had emotionally unavailable parents.

Both find it hard to trust anyone.

“Jesus,” I say.  “How the hell have you stayed together this long?”

“I don’t know,” he says.  “We hang out.  We have sex.  We play with the kids.  We have fun.  Sometimes I think we love each other.  But there’s this feeling hanging over us, this…”

“Yes.  This tension that never goes away.”

“Any idea what it’s about?”

Stan shrugs.  “It’s how I always feel in relationships.”

“I know where my tension comes from,” Shelly says.  “Feeling alone.  Like Stan’s not all there.”

“Sometimes I feel like I’m drowning in a lake, and he’s standing on the dock watching, trying to decide whether to jump in and save me.”  She looks at Stan.  “It’s like he’s…doing the math.”

“I do my best,” he says.  “I care about Shelly.  I want to be there for her.  But her life is so complicated.  She’s got this sociopathic ex, and these two kids who I love but who can be demanding, and this difficult mother, and this annoying sister, and all the time she worries about money…”

“And you’re scared that if you jump into all that you’ll drown too.”

“You’d take the risk if you loved me,” Shelly says angrily.

“Wait,” I interrupt.  “You could both use some help with empathy.  Shelly, be fair.  It’s really not his lake.”

She sighs and nods.

“And Stan, ever felt like you were drowning?  Remember how scary that was?”

“I think you guys are missing something important.

“It’s something I suspect neither of you has ever experienced before with anyone.

“You may never have even seen it in action.

“It’s a kind of special sauce for relationships, and it makes everything easier.

“I call it mutuality.

“Mutuality is the feeling that what’s good for you is good for me, and vice versa.

“More than a feeling, actually.  A kind of deep belief, a faith.  Something you just know.

“It’s what allows partners to move beyond their personal feelings and points of view and make room for each other in their lives.

“Without it you’re each stuck in your limited perspective, and the relationship feels tight and constricting.  It doesn’t feel like a partnership or a collaboration, but like a competition — like only one of you can get your way.  And like you have to play defense, analyze, calculate, do the math, or you risk losing something or getting taken advantage of.”

“Mutuality changes all that.  It’s a kind of emotional lubricant that removes the tension, reduces conflict and lets you feel safe.  You can relax and feel like you’re in this together.

She reaches for his hand.

“Can we learn it?” Shelly asks me.

“You can,” I say.  “The easiest way is to see it in action.  But even if your parents didn’t model it and you never experienced it in prior relationships you can still work at creating it yourself.”

“There are three steps.

“Step One is deciding if you want it.  I mean really want it, enough to suffer some discomfort — risk new behaviors, for example.”

“Step Two is committing to each other to make it a priority.”

“And Step Three is practice.”

“What kind of practice?” asks Shelly.

“You act as if.  You start behaving if you already believe that what’s good for your partner will be good for you.  You stop defending your own preferences and extend yourself for each other.  And you see how that feels.

“No,” I say.  “Codependency comes from fear.  Codependents compulsively please or appease others because they’re scared of what will happen if they don’t — they won’t be loved, they’ll be rejected, whatever.   But acting as if is neither compulsive or manipulative; it’s conscious and it’s choiceful.  A kind of gift.  And it comes from love, not anxiety.

“Trust is hard for both of us,” Stan says, and Shelly nods.

“Me either,” I say.  “But I like to think it comes from the saying, Act as if you have faith, and faith will be given to you.”

This entry was posted on Thursday, July 20th, 2017 at 5:07 pm and posted in control. You can follow any responses to this entry through the RSS 2.0 feed.
« Noted with pleasure: Growing up spiritually
Upside down »