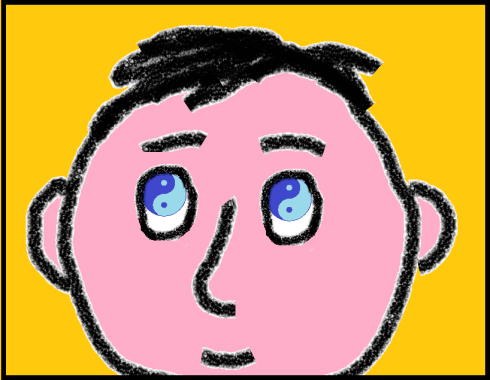 Three days after the election of Donald J. Trump.

People marching in the streets.

Clients coming in anxious and depressed about the fate of the nation.

They, like I, fighting off scary projections about what will happen now to minorities, to Obamacare, to Planned Parenthood, to SCOTUS.

What happens with Russia, and ISIS, and abortion rights, and guns in our schools, and Rudy Giuliani as Attorney General.

And the KKK and American Nazis, who seem poised to go mainstream.

And I’m trying my damnedest to be Buddhist about this whole thing.

Because projection is so dangerous.

It’s so easy to scare ourselves shitless.

This Zen story helps me to remember that.

I hope it helps you, too.

There was an old farmer who had worked his crops for many years.  One day his horse ran away.  Upon hearing the news, his neighbors came to visit.  “Such bad luck,” they said sympathetically.  “Maybe,” the farmer replied.  The next morning the horse returned, bringing with it three other wild horses.  “How wonderful,” the neighbors exclaimed.  “Maybe,” replied the old man.  The following day, his son tried to ride one of the untamed horses, was thrown, and broke his leg.  Again the neighbors came to offer their sympathy on his misfortune.  “Maybe,” answered the farmer.  The day after, military officials came to the village to draft young men into the army.  Seeing that the son’s leg was broken, they passed him by.  The neighbors congratulated the farmer on how well things had turned out.  “Maybe,” said the farmer.

This entry was posted on Friday, November 11th, 2016 at 10:34 am and posted in control. You can follow any responses to this entry through the RSS 2.0 feed.
« On feeling adequate: Adulting
Surviving Trump »